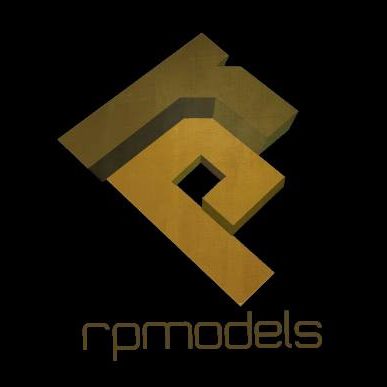 Boudica (Latinised as Boadicea or Boudicea and known in Welsh as Buddug) was a Queen of the British Celtic Iceni tribe who led an uprising against the occupying forces of the Roman Empire in AD 60 or 61, and died shortly after its failure, having supposedly poisoned herself.

Boudica’s husband, Prasutagus, ruled as a nominally independent ally of Rome following Claudius’s conquest of southern Britain in AD 43 and left his kingdom jointly to his daughters and the Roman emperor in his will. However, when he died, his will was ignored, and the kingdom was annexed, and his property taken. According to Tacitus, Boudica was flogged and her daughters raped. Cassius Dio provides an alternative explanation for Boudica’s response, saying that previous imperial donations to influential Britons were confiscated and the Roman financier and philosopher Seneca called in the loans he had forced on the reluctant Britons. In AD 60 or 61, when the Roman governor Gaius Suetonius Paulinus was campaigning on the island of Anglesey off the northwest coast of Wales, which was a refuge for British rebels and a stronghold of the druids. Boudica led the Iceni, the Trinovantes, and others in revolt.

The rebels’ first target was Camulodunum (Colchester), the former Trinovantian capital and, at that time, a Roman colonia. The Roman veterans who had been settled there mistreated the locals, and a temple to the former emperor Claudius had been erected there at local expense, making the city a focus for resentment. The Roman inhabitants sought reinforcements from the procurator, Catus Decianus, but he sent only two hundred auxiliary troops. Boudica’s army fell on the poorly defended city and destroyed it, besieging the last defenders in the temple for two days before it fell. Archaeologists have shown that the city was methodically demolished. The future governor Quintus Petillius Cerialis, then commanding the Legio IX Hispana, attempted to relieve the city, but suffered an overwhelming defeat. His infantry was wiped out—only the commander and some of his cavalry escaped.

Upon hearing of the revolt, Suetonius hurried to Londinium (modern London), the 20-year-old commercial settlement that was the rebels’ next target. The Romans, having concluded that they lacked enough numbers to defend the settlement, evacuated and abandoned Londinium, who burnt it down, slaughtering anyone who had not evacuated with Suetonius.Boudica led 100,000 Iceni, Trinovantes, and others to fight Legio IX Hispana, and burned and destroyed Londinium and Verulamium (modern-day St Albans). An estimated 70,000–80,000 Romans and British were then killed in the three cities by those led by Boudica.

Suetonius, meanwhile, regrouped his forces in the West Midlands, and according to Tacitus, he amassed a force including his own Legio XIV Gemina, some vexillationes (detachments) of the XX Valeria Victrix, and any available auxiliaries. The prefect of Legio II Augusta, Poenius Postumus, stationed near Exeter, ignored the call, and a fourth legion, IX Hispana, had been routed trying to relieve Camulodunum, but nonetheless the governor was able to call on almost ten thousand men. Despite being heavily outnumbered and defeated the Britons in the Battle of Watling Street. According Tacitus, in final battle Boudica exhorted her troops from her chariot, her daughters beside her. She  giving a short speech in which she presents herself not as an aristocrat avenging her lost wealth, but as an ordinary person, avenging her lost freedom, her battered body, and the abused chastity of her daughters. She said their cause was just, and the deities were on their side; the one legion that had dared to face them had been destroyed. She, a woman, was resolved to win or die; if the men wanted to live in slavery, that was their choice. The lack of manoeuvrability of the British forces, combined with lack of open-field tactics to command these numbers, put them at a disadvantage to the Romans, who were skilled at open combat due to their superior equipment and discipline, and Romans won the battle.

The location of Boudica’s defeat is unknown. Many historians favour a site in the West Midlands, somewhere along the Roman road now known as Watling Street. Others suggests a site close to High Cross, Leicestershire, on the junction of Watling Street and the Fosse Way. Manduessedum (Mancetter), near the modern town of Atherstone in Warwickshire, has also been suggested. There are more places that appear like a possible spot of the final battle…

The crisis caused Nero to consider withdrawing all Roman forces from Britain, but Suetonius’ eventual victory over Boudica confirmed Roman control of the province. Boudica then either killed herself to avoid capture or died of illness. The extant sources, Tacitus and Cassius Dio, differ.